On a planet divided by conflict, a new force arises. 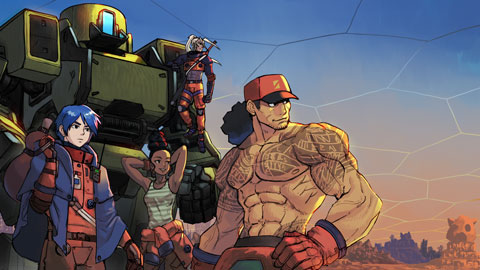 On the distant planet of Aldsan-Od, generations of terraformers toil under the immortal overlord Gurgalal. Uniquely adapted to the harsh conditions via the wonders of genetic engineering, they scrape out a meagre existence.

When a new opportunity arrives from the Galactic Federation, the existing order quickly becomes twisted beyond repair. New factions with long dormant ambitions arise from the chaos, fighting to seize control.

Now, with your crew of mercenaries, create a force to be reckoned with!

Make powerful allies, crush your enemies, and help determine the fate of this strange world.

Get regular development updates and behind-the-scenes coverage. As an added bonus, all newsletter subscribers will receive an exclusive Zecha Tactics wallpaper!